The Ladin culture of Val Badia

Language, customs and traditions handed down with pride from generation to generation

San Vigilio di Marebbe, as is Val Badia, is noted for its culture typical of the landscape and the local friendliness, something which the locals are proud of. What was once a culture based on the economics of sustenance is now an economy which thrives almost totally on tourism.

And still, lots of the things unique to the Ladin culture have been preserved up to the current day. Including the Ladin language, which today is still spoken and taught at school and which was formed 2,000 years ago through the fusion of vernacular Latin of the Roman troops with the Rhaetian language. It is still spoken in several areas across the Alpine region.

The typical Ladin architecture such as "Les Viles" and the water mills are clearly visible at San Vigilio di Marebbe, especially close to the village of Pieve di Marebbe. Ladin cuisine is well appreciated with its simple yet authentic dishes such as tutres (a type of pancake), canci (a type of raviolini), gnocchi with spinach and the bacon dumplings. 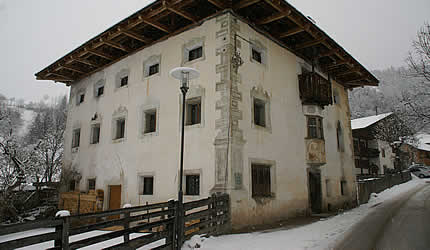